Translator’s note: Following the commentary tradition, the scriptural text should precede the explanation, but for the ease of understanding, one may opt to read the commentary prior to reading the scriptural text itself. The Chinese source text can be found on Taisho Vol. 17, No. 842 (https://cbetaonline.dila.edu.tw/zh/T0842_001). For the English translation, we have consulted two versions by Ven. Guo-go Bhikshu (http://www.buddhism.org/Sutras/2/Sutras31.htm) and Charles Muller (http://www.acmuller.net/bud-canon/sutra_of_perfect_enlightenment.html).

Click the Table of Contents for what has been posted so far in the series.

Buddha Enters the Buddha-Within to Preach the Perfect Enlightenment

Thus I have heard. One time, the Bhagavan entered the transcendent, great luminosity-within, in the exactly attained samādhi, where all tathāgatas abide in radiant splendour, the ground of pure enlightenment of all sentient beings, with body and mind quiescent, equanimous in the primordial reality, perfect and complete in the ten directions, in accord with everything without duality, in this non-dual state all pure lands appear.

The Bhagavan taught the dharma by entering “the transcendent, great luminosity-within.” This luminosity-within is the realm of “exactly attained samādhi.” Simply put, it is the realm of awareness felt in the samādhi. This realm is the realm of the Buddha-Within, and the Buddha-Within is the coalescent realm of wisdom and consciousness, where the realm of wisdom is the dharmakaya: buddha’s inner self-realization of wisdom; the realm of consciousness refers to the spontaneous arising that naturally appears as the world we live in. This coalescent realm is described in the scripture as “all tathāgatas abide in radiant splendour, the ground of pure enlightenment of all sentient beings.”

All tathāgatas’ inner self-realization of wisdom are identical. In other words, the accomplishment of Buddhahood will inevitably enter this oneness realm of wisdom, and hence the scripture says, “all tathāgatas abide in radiant splendour.” “Radiant” refers to light, it refers to dharmakaya being primordially luminous. “Splendour” means adornments – all natural arisings, all worldly phenomena are considered adornment of dharmakaya; all natural appearances in the realm of consciousness are the adornments. Then, “all tathāgatas abide in radiant splendour” refers to all tathāgatas embody this coalescent realm of dharmakaya and consciousness. This embodiment is the exactly attained samādhi of the transcendent, great luminosity-within, the awareness realm of samādhi, the realm of the Buddha-Within.

The realm of the Buddha-Within is awakened in the pure enlightenment. The awareness of this pure enlightenment is the realm of the Buddha-Within. To elaborate in words, it is then said to be “with body and mind quiescent, equanimous in the primordial reality, pervading the ten directions, in accord with everything without duality.” When abiding in this realm, one attains the realm of awakening of this pure enlightenment, where body and mind are no longer an obstruction. At the same time, one enters into the nature of great equality, which can be said to be the realization of the wisdom realm. “Perfect and complete in the ten directions” is correspondingly the realization of the consciousness realm, for all conventional worlds in the ten directions are spontaneously accomplished, for all worlds are spontaneous natural arisings according to their mutual obstructions. Therefore, this awakened primordial enlightenment is the coalescent realm of the wisdom realm and the consciousness realm. 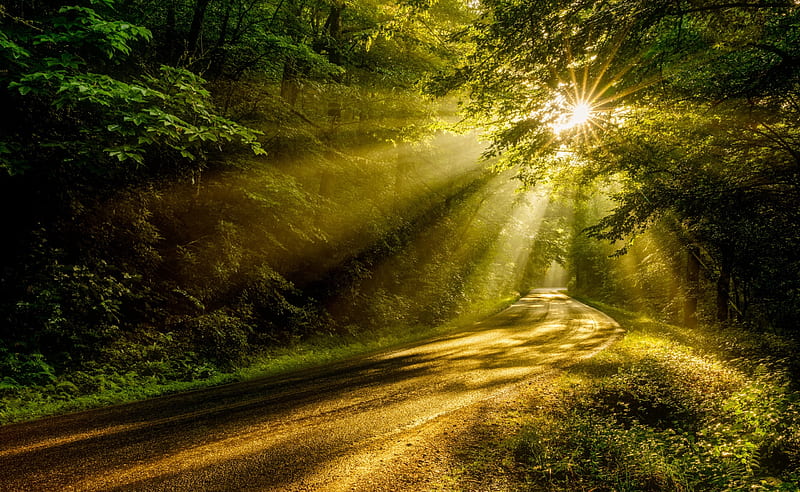 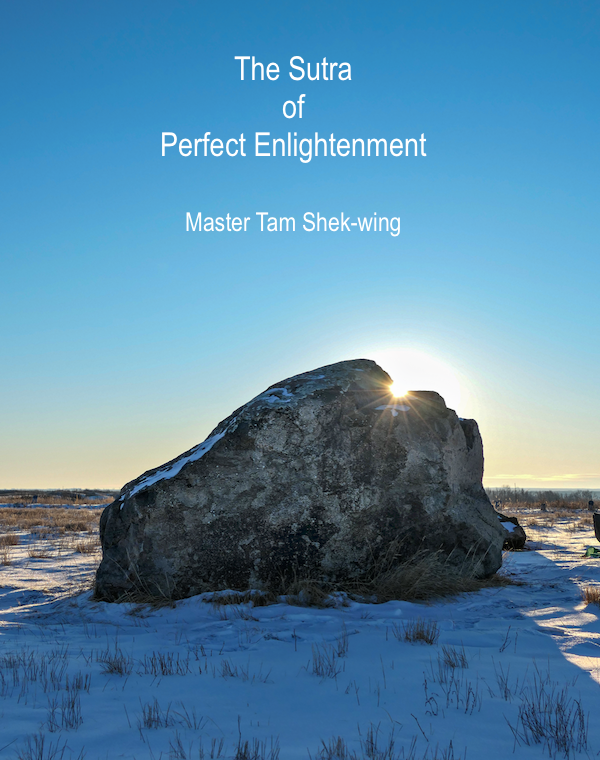 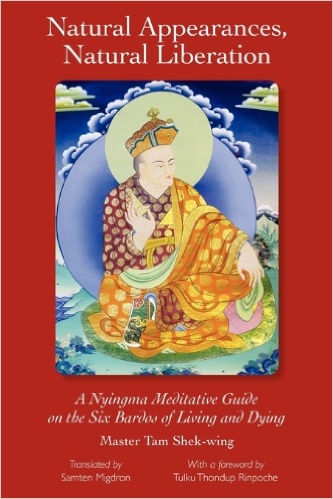