We announce an exhibition called “Two Artists, One Stroke” celebrating the works of two Torontonians, Master Tam Shek-Wing (The Sino-Tibetan Buddhist Association, Toronto) and his collaboration with a photographer, Fraser Shein. The exhibition is held at the Rotunda of Metro Hall (55 John Street), Nov. 4-8, 2013. (Contact: Vivian Tsang, 416.668.6728 or vivian.tsang@stbsa.org) 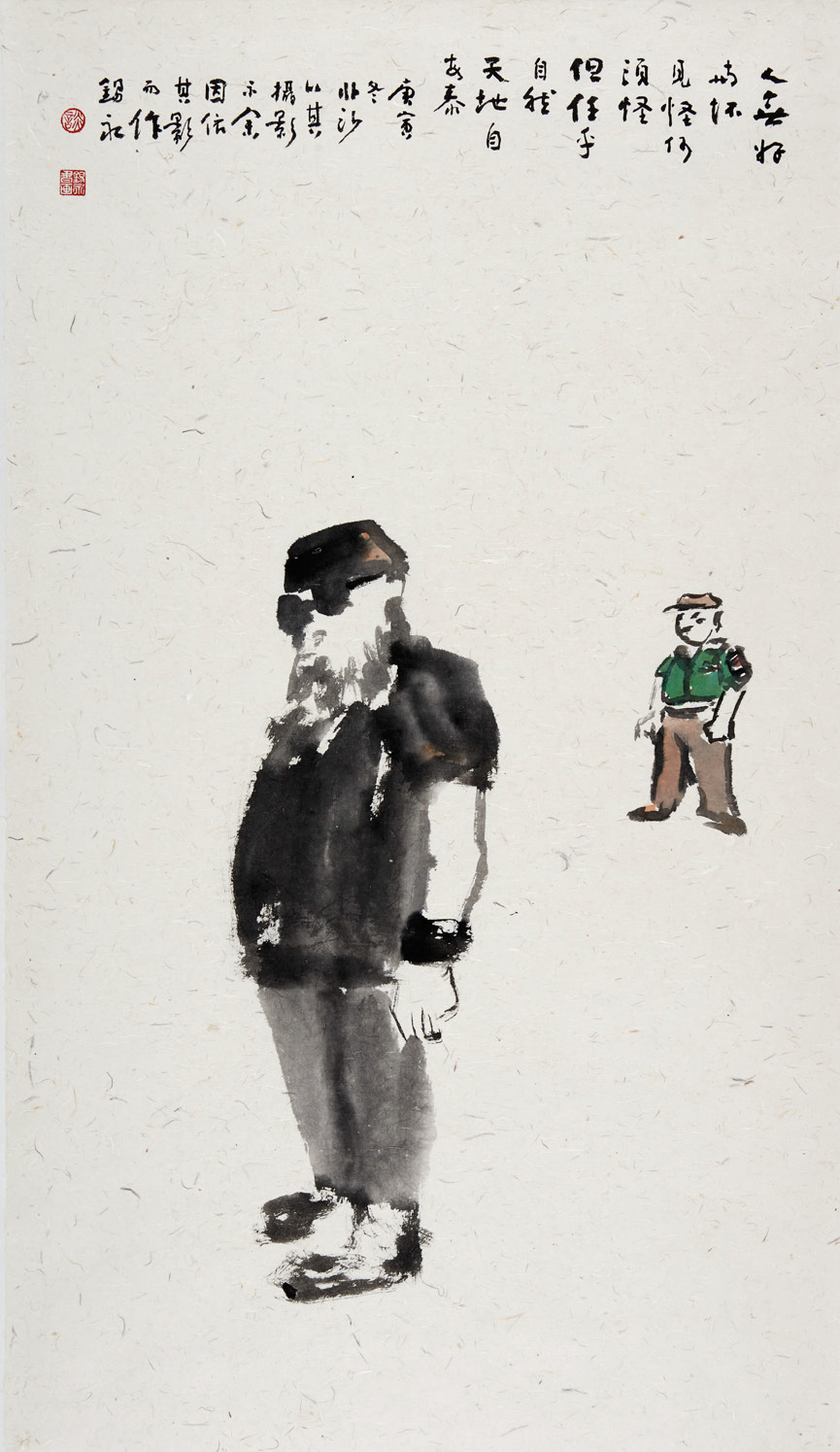 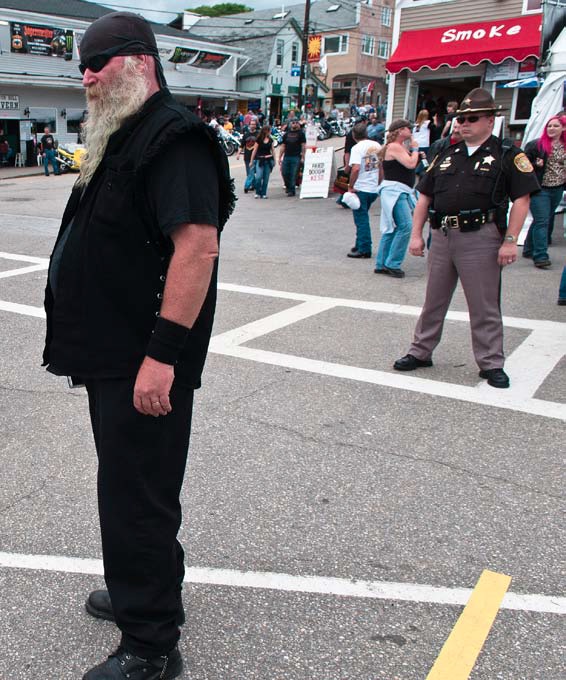 Featuring Master Tam’s paintings of Geshan and Lingnan traditions and Shein’s whimsical play of lines and shapes in his photography, the theme of the show is One Stroke. As per the Qing dynasty painter and poet Shi Tao (1642–1707), beginning with one stroke a painting arises from the mental realm that flows spontaneously onto paper. No matter how many lines there are, there is only one. The two artists met in 2010. Since then, they have become “zhiyin,” a Chinese expression for friends who understand each other’s music. One stroke is not only a celebration what unifies the two artists, the show is also a lively dialogue between the two art forms.

Tam trained under Zhang Chunchu (1869–1943) and Zhao Chongzheng (1910–1968), the first and second generation masters of Lingnan and Geshan traditions. Tam is considered one of the few authentic painters of the Cantonese genre. Beginning with the Ju brothers from the Geshan region in Guangzhou, Ju Chao (1811–1865) and Ju Lian (1828–1904), the Geshan tradition made a huge immediate impact to the Chinese art scene. The specialty is zhuang fen and zhuang shui. Take the former, when drawing a flower, one begins by drawing the petals in colour. After drying slightly, one dips the brush with some white and a counter-stroke allowing for the clashing of the colours. The flower becomes not only lush but also lifelike.  Apart from the colour clashing technique, one also observes the calligraphy training. The calligraphy method that is fit for a particular style of writing (analogous to the western font), is also fit for crafting shapes (flora and fauna vs. “sculpting” a mountain range). Furthermore, the style of the calligraphy translates into the sparseness of space. Masters of the past said “a schematic for the white (space) is also a schematic for the black.”

With recent exhibitions by artists such as Ai Weiwei, the West has become more and more exposed to the works by Chinese artists, especially in a time of civil unrest. However, historically, Chinese artists are known to be productive, even in face of difficulties, personal or political. Examples include Xu Qingteng (1521– 1593), Huang Binhong (1865–1955) and Pan Tianshou (1897–1971). These painters were all prolific in their lifetimes in the midst of war or political turmoil. The paintings can be seemingly “uncrafted” with spontaneous freehand; yet the calligraphy strokes were obviously well-honed. Modern artists may be socially engaged and free-spirited in the art creation, but there is a far longer tradition in China, where a prisoner is seen breaking free. This prisoner has an expressive spirit that is boundless, whereas for an ordinary man who draws within the line, this line becomes his prison.

Tam spent his youth immersed in Chinese classics, with a special interest in Buddhism. Later in life, he practiced Buddhism under the guidance of His Holiness Dudjom Rinpoche (1904–1987), the head of Nyingma school of Tibetan Buddhism. Since 1993, Tam shouldered the responsibility of editing and translating Buddhist scriptures and commentaries. Four separate series presenting the Tathāgatagarbha doctrine has been published, and are respected by scholars and practitioners worldwide. His most recent work is the Beyond Words series, published by Buddhall publishing in Taiwan. Beyond Words is a commentary on the ten Buddhist scriptures as a practical guide for modern practitioners. Three books have been published on Saṃdhinirmocana Sūtra, Ārya anantamukha pariśodhana nirdeśa and Tathāgatagarbha Sūtra.

Fraser Shein (1956– ) was born in Hamilton, Ontario, and the youngest of four children. His father, Louis J. Shein, was a professor in Russian philosophy who founded the first department of Russian in Canada at McMaster University. At a young age, he vowed to become a professor like his father. Originally trained as a civil engineer, in 1997 he earned his Ph.D. specializing in improving computer access for people with physical disabilities. Early on he decided to become an engineer only because as an engineer he could also be a photographer, but as a photographer he could not be an engineer. This path led him to opportunities in photography that may not have been otherwise possible.

Fraser claims to be a photographer first and a scientist/businessman second. A teenage friend from China first turned Fraser onto photography and during his graduate studies he became involved in student journalism photography, where he collaborated with many now-prominent persons, such as Atom Egoyan. Journalistic style photography has influenced Fraser’s style to this day, such that he does not shy away and shoot from afar, but up close while taking on a persona of being invisible to his subjects. Interestingly, with respect to Master Tam, one of his early assignments was a portrait of the 16th Karmapa who was visiting Canada with the Dalai Lama in 1980. This remains one of his most memorable photographs. His following professional life has allowed him to travel worldwide and combine lectures with opportunities to explore with his photography. 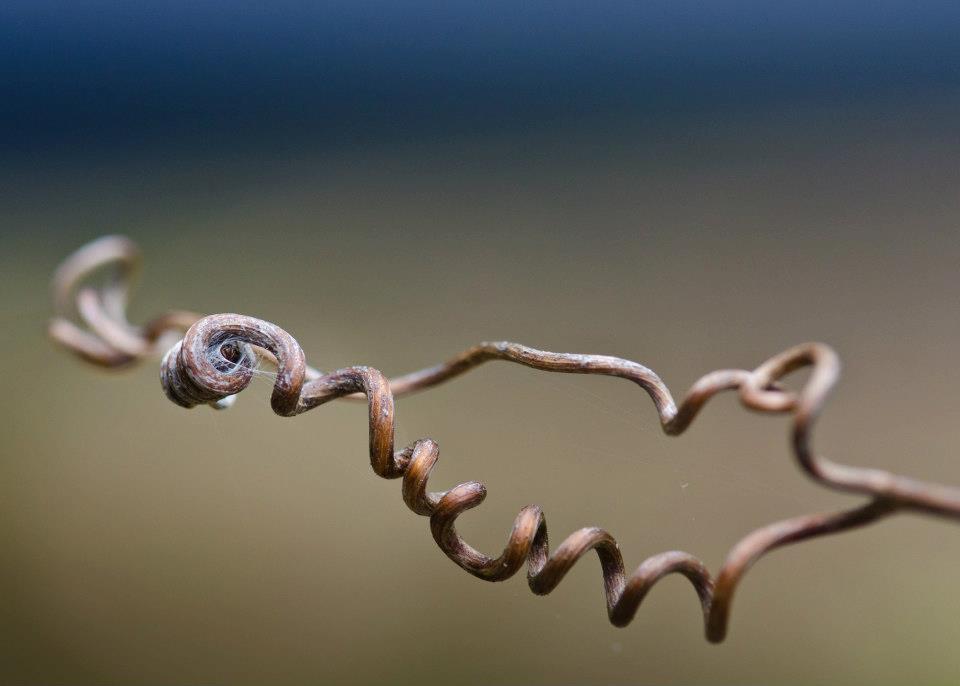 An early adopter of digital photography and printing, Fraser is continually honing his craft to transform his minds-eye view of a scene to the final print. He is particularly intrigued in presenting details, shapes, space, and relationships that others may see peripherally but not truly see. In 2009, Fraser studied photography at the Santa Reparata International School of Art in Florence, where he expanded his skills to include alternative forms of printing and infrared photography. While many photographers put their camera away mid-day when bright sunlight leads to excessive contrast, Fraser is often out seeking the unseen aspect of the world, capturing ethereal scenes out of a Tolkien’s Middle Earth. While not tied to a specific genre, Fraser’s style today focuses on the unseen yet visible where relationships of shapes and figures define meaning. Some images may be called cubist-realism. It is in this regard that his work will be presented alongside the work of Master Tam who Fraser has sometimes collaborated with in recent times.

Tam has collaborated with other artists in the past. Of note is a joint exhibit that took place at the Cedar Ridge Gallery in 2011. The location was selected for the historic mansion and its lush environment. Given the wenren painters tend to take aspects of nature as the subject matter, the scenic woods with the walking trails also became part of the exhibit, where the painters’ aesthetics provide a bridge for the viewers to a meditative realm that goes beyond the visual. What the viewer experiences is being one with this flow. For this reason, former MPP Margarett Best referred to the exhibit as The Group of Eight, an apt reference to Canada’s own The Group of Seven. Continuing along this theme, given both artists’ fondness of using nature as the subject matter, the show is a celebration of being one with nature, being one with contours and brush strokes (à la “One Stroke”).