The exhibit opened in Metro Hall on a crisp Winter day. The Metro Hall Rotunda is a major thoroughfare sandwiched between the business district and the entertainment district in downtown Toronto. Both Tam and Shein arrived early, happy to see the rotunda, spacious with natural light, attracting passers-by, often hurrying to and fro, stopping to looking at the pictures. The circular exhibit space is setup as two concentric rings, with the outer columns lined with Tam’s paintings and the inner ring with mostly Shein’s photography. There is no intention to match each painting with a specific photo, but the two chubby chirping birds are seen along with the kissing tropical flowers; the rock formation from Joshua Tree National Park echos with the mountain trenches of the Rockies. While there are two art forms, two cultures, ultimately there is only one stroke. What is in sync with nature is also just.

To hear Shein’s description of the show, go to the CBC Metro Morning website and listen here: 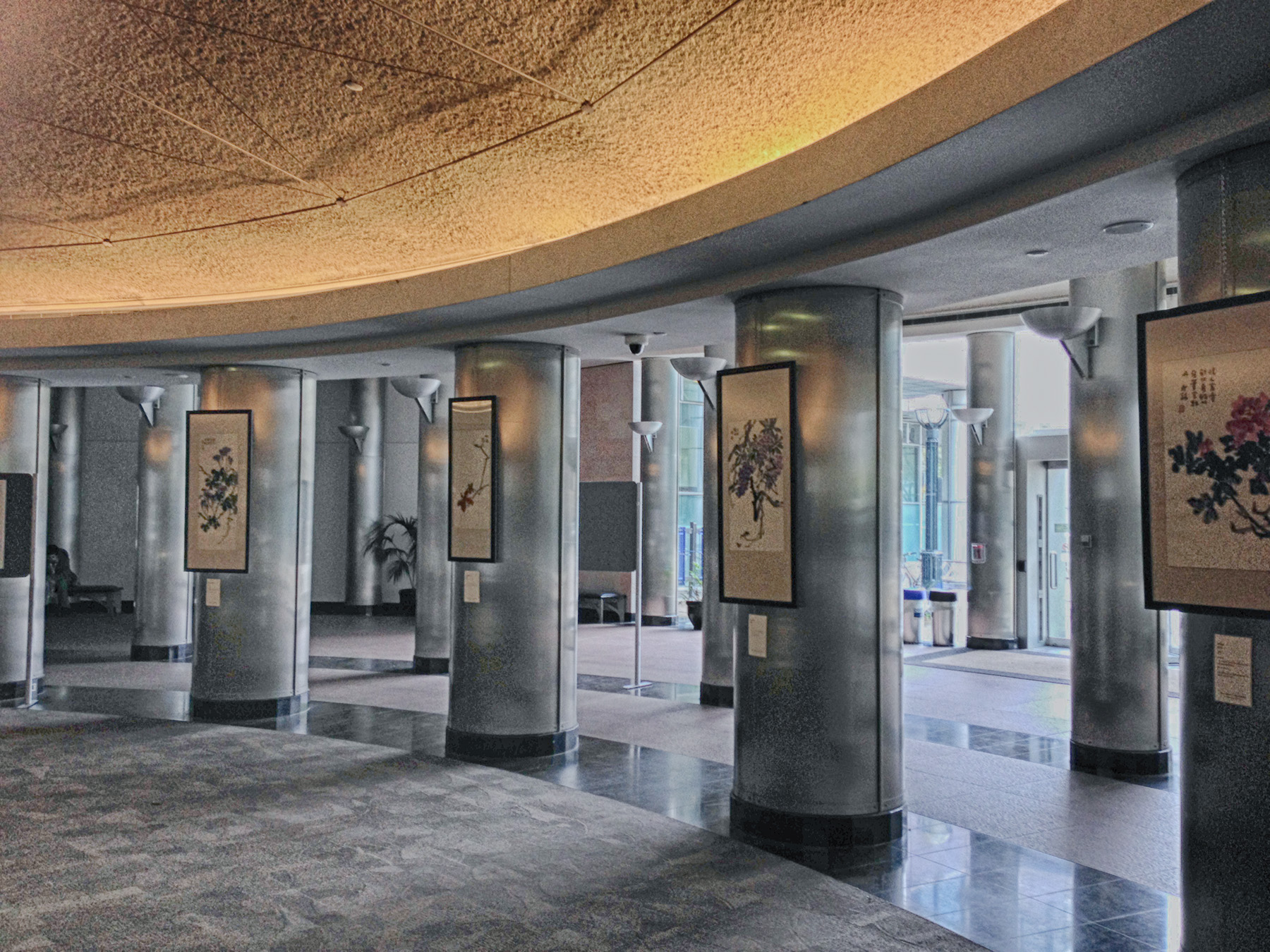 Tam’s paintings on the outer ring.

Shein’s photography in the inner ring juxtaposed with the outer ring. 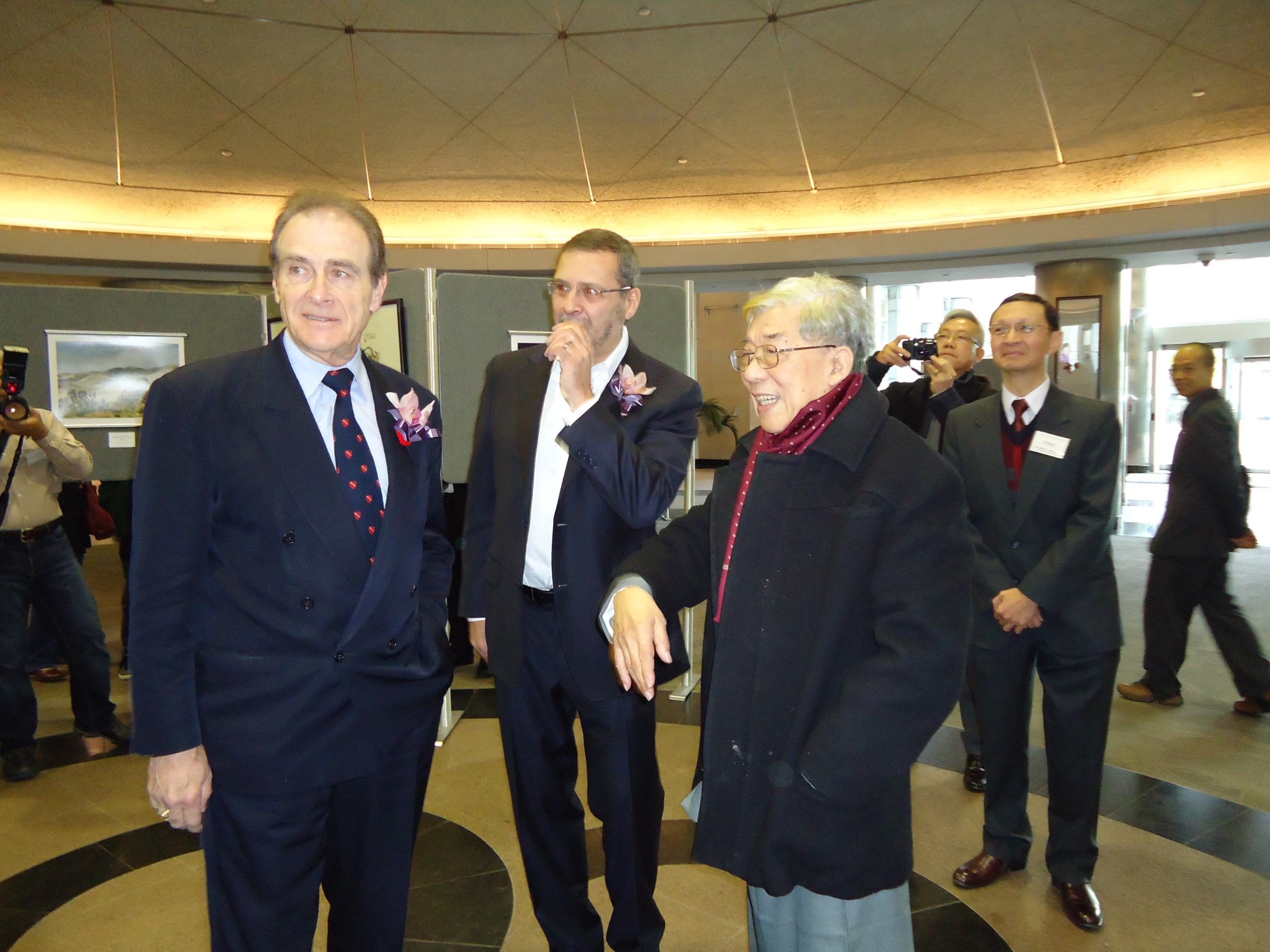 The Deputy Mayor, in conversation with Shein and Tam. 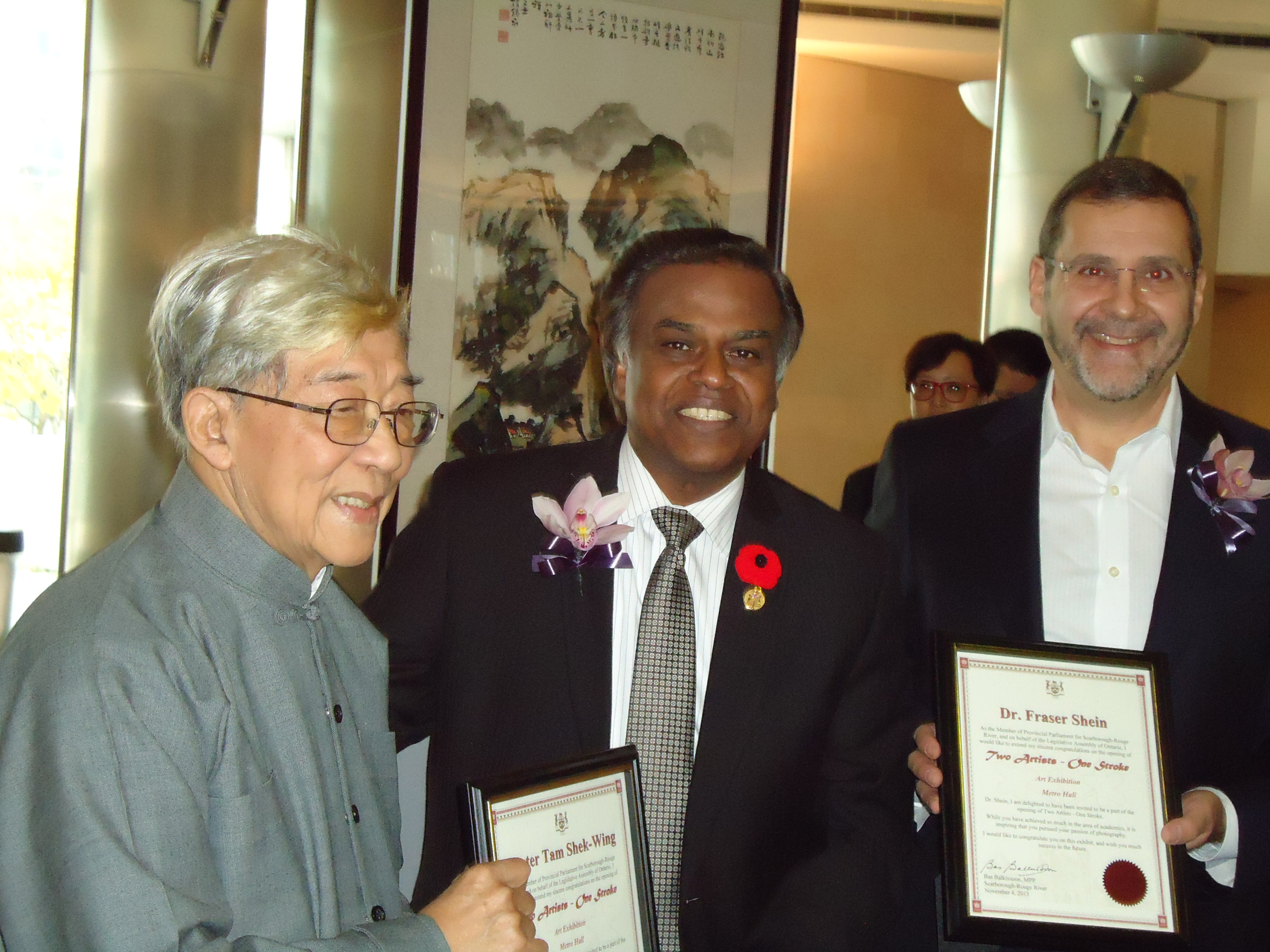 Tam and Shein, each received a certificate from Liberal MPP Bas Balkissoon.