Q&A with Master Tam on the Canadian Election 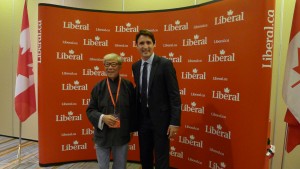 Why does he support the Liberals?

“Considering the history of the NDP, they have a tendency to overspend. The fear is if they rack up a huge deficit, tax increase is the inevitable outcome. Harper’s Conservatives have aligned themselves too close to the US. The allegiance is not the problem, being too close is.”

What is so special about the Liberals?

“Trudeau may appear lacking in experience. He had his start as a teacher and should understand the kind of hardship experienced by the middle-class. Speaking of political experience, there are many within his team and the party that can more than make up for the inexperience. As far as I know, he receives a great deal of support from Liberal Ministers and MPs, past and present. If judging on experience alone, such as the likes of Harper, you risk ruling with an iron fist.”